80 Years Of Signing-In At The Cold Palace, I Am Unrivalled 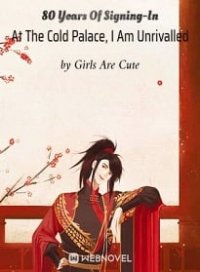 80 Years Of Signing-In At The Cold Palace, I Am Unrivalled

Lin Jiufeng transmigrates to become the Yuhua God Dynasty’s Crown Prince but is dethroned, banished to the Cold Palace, and imprisoned there because he had released the holy maiden of their rival country.

Lin Jiufeng isn’t dejected. He has brought a sign-in system with him when he transmigrated and he would receive rewards when he signs in at different places.

Before the Cold Palace’s gates, he signs in and receives the Ultimate Heaven Slashing Sword Skill!

In the Great Council Hall, he signs in and receives the Heaven Patching Technique!

In the Empress Dowager’s palace, he signs in and receives the God of War Totem!

Liu Jiufeng imagines that he can quietly sign in like this until he becomes invincible. Yet who would have imagined that the Heavenly Concubine whom he secretly released would rise in rebellion and seize power after she returns to her country?

After she succeeds, her first priority is to attack the Yuhua God Dynasty to rescue Lin Jiufeng.

When Liu Jiufeng hears of this news, he’s puzzled. “Do I need you to rescue me?”

If you find any errors ( broken links, non-standard content, etc.. ), Please let us know so we can fix it as soon as possible. Thanks!