Being A Shrew to My Ex-Husband After Our Divorce 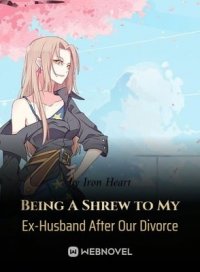 Being A Shrew to My Ex-Husband After Our Divorce

Su Yan had been crushing on Wei Zhou for seven years, only becoming his wife after an accident. Everyone mocked her about her luck, claimed she had married above her station, ridiculed her, and ostracized her. But Su Yan didn’t care. Her seven-year crush had finally blossomed and she felt only bliss.

Yet, Wei Zhou had thought she was a scheming woman who used underhanded tactics to win his hand. It was all a misunderstanding! Su Yan tried to explain but Wei Zhou wouldn’t believe her. Eventually, Su Yan stopped trying, believing that time would prove it all.

One day, Wei Zhou was on the tabloids, rumored to be having an affair with a female celebrity. Su Yan sought an explanation from him. So long as he explained, she would believe him.

But Wei Zhuo never explained. He merely answered coldly, “Just behave as Mrs. Wei and mind your own business.”

Mind her own business? Su Yan laughed. Looking back, how much of a fool had she been to assume she could melt his iron heart? Any blazing passion would eventually die out from indifference until nothing was left.

Su Yan then realized. She was rich, beautiful, and had a great body. Why must she waste her efforts on a heartless blockhead like Wei Zhou?

Su Yan dragged Wei Zhou to the Civil Affairs Bureau to separate their union. From now on, whoever they dated had nothing to do with the other!

After their divorce, Su Yan went back to being herself. Excellent as she already was, Su Yan unleashed her dazzling light upon the world once more.

Then, once every few days, Wei Zhou would see gossip about his ex-wife on the trending searches. Yesterday, she was having a candlelight dinner with a movie star, today, she had brought home a young hunk to engage in passionate romance?!

Wei Zhou threw his phone on the floor. “To hell with your passionate romance! That’s my woman!”

Surrounded by gorgeous men and enjoying her life, Su Yan asked, “Mister, who are you?”