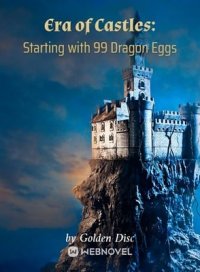 Billions of Humans transmigrated to another dimension, each became a Land Ruler at the start and owned a castle.

Each Land Ruler would draw a random starting Soldier-type Building, used to arm their castles.

Some drew the Sacred Palace of Knights from the start and commanded troops of knights to crush all obstacles in its way, ruling over vast lands. Some drew the Goblin Cave, developed castle trade, and became renowned dirty profiteers.

These people could only kneel before the powerful Land Rulers and serve them as slaves. But Mike was an exception. His starter soldier-type building was, Dragon Nest!

When one after another dragon egg appeared before Mike, he suddenly felt that…...

conquering the World seemed quite manageable?