Excuse Me, I Am The Real Female Lead 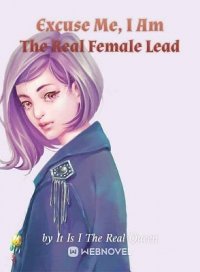 It Is I, The Real Queen
Romance
Unknow
25.355
Completed

Excuse Me, I Am The Real Female Lead

Fang Mo’er found out that she transmigrated into a novel that gave her nothing but anger when she read it. Moreover, she became the female supporting character with a miserable ending!

The female supporting character that she became gave up her family fortune and career to compete for the male lead’s affection. Even so, the male lead still cheated on her with the female lead on their wedding night!

According to the original plot development, Fang Mo’er would swallow her anger and still choose to marry the male lead.

Eventually, the scum of the earth would cheat her of all of her resources for the female lead.

Simultaneously, she would also do something crazy out of jealousy and eventually destroy her own reputation.

Fang Mo’er decided that she would never walk down this path again!

—In front of the Department of Civil Affairs, Fang Mo’er, who just transmigrated over, hung up on the scum’s call that meant to tell her to postpone their wedding.

Coincidentally, a handsome man clad in a suit walked to her side. The man said, “Miss, since your groom isn’t here and my bride ran away, why don’t we get married instead?” Fang Mo’er did not pay too much attention to him and wondered who he was instead.

She did not recall having such a stale plotline in this novel. The man continued, “Oh, I forgot to introduce myself. I’m Shi Mo.” Fang Mo’er’s eyes nearly fell out of her sockets.

Shi Mo? The man who only appeared once in the entire novel; the CEO of the world’s biggest entertainment company? What else could be more vengeful than marrying Shi Mo to disgust the scum of a couple?

“Deal!” The current Fang Mo’er was still immersed in the anger and vengefulness from the novel.

Hence, this was just her trying to change the fate of a character.

However, she forgot that she had become Fang Mo’er, and at this moment, she had just chosen the man who would accompany her for the rest of her life.