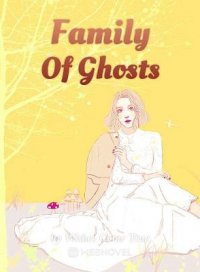 After a car accident, Cen Pan lost every loved one aside from her younger brother, who was lying in the ICU. Feeling that she was on the verge of suffocating from the burden of medical fees right after graduation, she was visited by her grandmother in her dream. “Darling, I had a friend who really loves the clothes you design. Would you burn one of them for him? He will pay you handsomely.”

Cen Pan simply found it surreal, but did so anyway so that she could be at ease.

The next night, her grandmother gave her an address and a password in her dream. “Here, this is the password of the safe, and his payment is in there.”

Skeptical, Cen Pan looked for the safe at the address, and found a diamond worth a hundred grand in the safe!

After that, her deceased family members kept appearing in her dreams.

“Darling, I met a hacker who had been dead for a hundred years, and he’s asking if you want to inherit his lost art.”

“Darling, do you have a boyfriend? I just made a friend who really wants you to marry his grandson!”

Marry? Cen Pan immediately shook her head, but was stunned when her grandfather showed the grandson’s photo.

Why did he resemble her new boss so much?!