I Am Really Not The Son of Providence 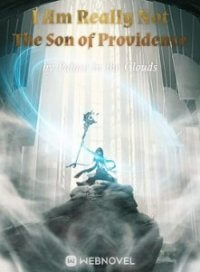 I Am Really Not The Son of Providence

After his transmigration to the cultivation world, Shen Tian discovers that he can see the fortuitous opportunities and their providence haloes of others.

In order to rub off some of the luck from these opportune characters, Shen Tian proactively gets close to them.

Eventually, everyone realizes that no matter who it was, as long as they hang out with Shen Tian, they will gain lots of fortuitous opportunities! And there’s no exception to this rule!

From then on, Shen Tian was labelled as the most popular lucky mascot in the cultivation world!

Fairy Qing Yue: “I once followed my Senior Brother to the Kunlun Secret Realm in the West, and obtained the Sun And Moon Orb!”

Princess Ling Long: “I once followed my Senior Brother to the Imperial Burial Valley in the Northern Sea, and both of us inherited skills from Emperor Dan!”

Immortal Phoenix Queen: “Haha, what a bunch of fledglings! Do you know how he got his Dragon-Phoenix Immortal Form?”