I Have Countless Legendary Swords! 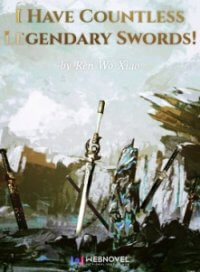 I Have Countless Legendary Swords!

After reincarnating as Zhou Xuanji, the prince of an empire, he thought that he would be able to live a worry-free life of luxury. He did not expect to be involved in a rivalry with the Empress herself, who forced him to escape from the palace.

Yet to his surprise, the cheat program that he created in his previous life became reality in his current one.

When he turned two years old, he received the Crimson Dragon Sword, which contained the soul of a crimson dragon!

When he turned three, he received his second legendary sword!

He received a legendary sword once every year, to represent him growing older!

After living a hundred years, Zhou Xuanji adventured the world fearlessly with a hundred legendary swords!