I Transmigrate as a Single Mother of the Three Antagonists 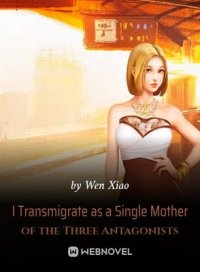 I Transmigrate as a Single Mother of the Three Antagonists

Qiu Tong transmigrated into a storyline about the poor family background of three major villains..

Her father was a financial fraud, and the three children she raised by herself would become super villains in the future. Their family would end up miserable.

Qiu Tong wanted to leave, but the three children were so pitiful. Without her, they would die.

In the end, she decided to change their fate!

After that, Qiu Tong worked hard to earn a lot of money and became the richest person in City A. The three children also went from gloomy little devils to bright little angels. They even referred to her during their interview.

The jaws of the executives dropped when they saw the interview.

“President, bad news. Your children are looking for a stepfather for their mother!”

Before long, Qiu Tong was brought to the magnificent palace where a handsome man was waiting.

“You want to run away now after stealing my seeds?”

“What do you want then?”

“I want your heart in exchange.”

Third Child: Female, their mascot in her little cotton-padded jacket. A highly-intelligent and skilled hacker.

Jin Yang: S Country’s President. Handsome and cold-hearted. He was set up to have a one-night stand with Qiu Tong. He only found out later that she kept the children.