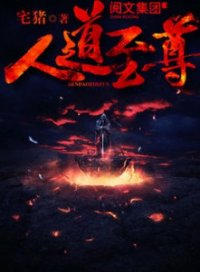 In the world birthed by Pangu, the Three Sovereigns lit the spark of humanity that the Five Emperors would later fan into a blazing fire, eternally branding humanity as the leaders of the world….

This was a time where twilight had descended on the reign of the Human Sovereign and the Five Emperors had yet to emerge – humanity was merely one of the myriad races wandering about the vast cosmos.

This was a desolate and barren era. The monsters, devils, heavenly gods, and deities of all races stood aloft; with the demons, heavenly souls, and spirits dancing freely around the world.

The humans were still a feeble and burgeoning race, often taken as livestock and offered as sacrifices to the pantheon of races that ruled the world together from within the great wilderness.

This was not the era of the Foreworld, but the barbaric and untamed era of uncivilization!

Let us rewind back to China’s ancient and classical mythology and recount the legendary tale of how a single figure led humanity out of an epoch of darkness and into a new dawn.

Please sit back, relax and enjoy the (Rise of Humanity) !