Rise of the Great Emperor 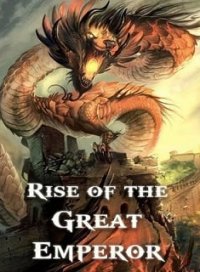 Rise of the Great Emperor

Lin Xiao was an orphan who strived to get stronger while living with his sickly younger brother in an unnamed small village.

When Taiyi Sect was destroyed in 245 of Tiancang year, he was pulled into the battle as one survivor, an outer disciple who was lucky enough to escape the massacre, landed on his place.

The meeting led him to know the world and unexpected encounter allowed him to realize the truth of his birth, which also tell him how his 'siblings' whom he had never met before will try to kill him.

The only way to survive is to become the best, the Greatest Emperor.