The Divine Doctor and Stay-at-home Dad 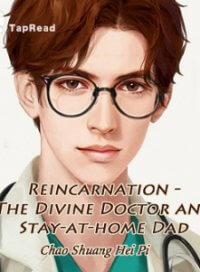 The Divine Doctor and Stay-at-home Dad

As an ordinary human being on the earth, Tang Long was brought to the Cultivation World by a lost immortal, and relying on his amazing talent, he made it to one of the five emperors in that world. However, struck by Thunder of Nine Heavens, he lost his life. It was lucky for him to transmigrate in the human world in an intern who was named Qin Haodong. With his excellent medical skills, he became a divine doctor of traditional Chinese medicine and encountered the baby girl he made before going into the Cultivation World, whose mother was as pretty as a fairy. The little girl even asked him to find more lovers. What a cute girl…