The Fake Daughter Is Not Innocent 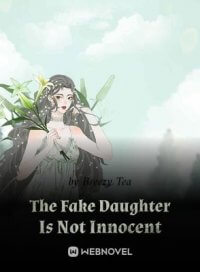 The Fake Daughter Is Not Innocent

In her previous life, Xiao Ying had grown up as the daughter of a wealthy family with a silver spoon in her mouth. She had thought that she would live out her days in peace. However, someone secretly told her that she was not the daughter of the Xiao family, and from then on, she had been living in fear—afraid that her secret would be exposed and her parents would abandon her. She was desperate not to lose her luxurious lifestyle, so she desperately tried to keep everything as it was!

However, just before the moment of her death, she realized that this had all been part of the Xiao family’s scheme. They were just trying to trick her out of her amulet! Their real daughter had been living a pampered life outside of the house all along!

After being reborn, she returned to when she was ten years old. Her amulet had transformed into the most powerful learning system in existence, all stored within Xiao Ying’s mind!

She resolutely left the Xiao Family, abandoning that world of superficial hypocrisy. With a bit of manoeuvring, she was taken under a new wing!

Xiao Ying: “Boss, do you need a weapon? I’ll be anything you need!”

Cheng Yang: “I need to do a quality check first!”

Harnessing the power of the learning system, she could execute all kinds of skills at a glance. Martial arts, dance, computing skills, and so on—everything had become a piece of cake to her!

Cheng Yang was very satisfied with his new weapon!

In no time at all, Xiao Ying began becoming more and more beautiful, and more and more suitors began taking note. A certain big boss could no longer remain calm.

Cheng Yang wrapped his hands around Xiao Ying’s slender waist. “You should’ve learned how to be my wife and given birth to a baby for me earlier!”