The Love of a Lycan 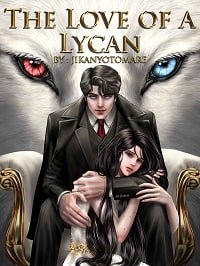 The Love of a Lycan

A year ago Raine was discharged from mental institution and had to live in the orphanage. It wasn’t the best place. At least not for someone like her.

Until one faithful night she met him.

He stopped the car.

The clutched on the blanket tightened as Raine wonder if she did something wrong. She could feel it when Torak reached out his hand at her.

Will he hit me? Raine shivered with that thought.

Torak pulled back the hoodie off her head and gently tucked her hair behind her ear.

Don’t. He said firmly, I want to see you, don’t hide yourself…

“The spirit of the guardian angel will breathe new life into human child. Three guardian angels will be born into terrestrial world once again and the three of you will be their protectors.”

“Protectors!!?” Jedrek snapped. In the end, he stopped walking and turned his back to look at the moon goddess from far distance away, his eyes glistening red with anger. His wolf was livid.

“Why do you think we will help?” Kace asked while narrowing his black obsidian eyes, his wolf took control of him. He was the youngest among the three and the less temperamental among them.

The three of them were cursed by Selene because of their ferocious action to gain supreme power and authority.

The moon goddess didn’t bless them with a mate as a punishment of their atrocious way and forced them to involve in this deadly war with the demons.

“You will turn us into a slave for those sickly creatures!?” Torak asked incredulously. “Aren’t you afraid that we will snap them into two?”

The guardian angel was so fragile and they as lycanthropes didn’t appreciate the weaknesses.

“No, you will not.” Selene said patiently. “You will not be their slave nor hurt them, you will cherish them in every way possible.”

Jedrek laughed menacingly upon hearing this, they didn’t care about the resurrected of the beast, once they crossed their territory, with or without the guardian angel he would tear their body apart. “I will be the last person they will see, once I find them.” He was referring to both the guardian angel and the demon.

But, the next voice from Selene was laced with mirth when she spoke.

“You will not hurt your mate.”